what is media queries?media query breakpoints 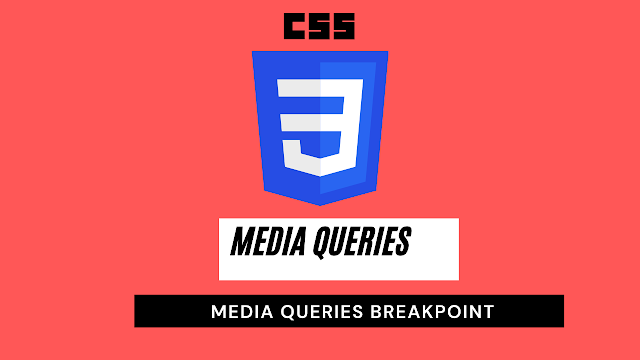 Websites were initially made only for devices like computers and laptops. But, now as other devices like mobile phones, tablets etc. have become more handy for people, websites also now have to be designed according to these devices. Because of this, what we call “responsive websites” came into practice. Responsive websites help to get the best user-experience. Because of this, CSS media queries were put into effect.

Media queries is a feature of CSS3.It helps us to target CSS rules based on device orientation, display density and screen- size. Thus, CSS media queries help us to customize our webpage according to the requirement of different presentation mediums.

It uses the @media rule to include a block of CSS properties only if a certain specified condition is true.

Let’s dive deeper into how do we exactly use these queries.

div{CSS properties that has to be applied}

Thus,we can divide the syntax into four parts:-

1.and-This operator is used to combine multiple media queries into a single rule. It is true only when all the individual media queries are true.

2.or-Operator also combines multiple media queries into a single rule but it can be true even if one individual media query is true.

4.only-This operator executes the CSS properties under it only when the entire specified media query matches.It also helps older browsers from executing the specified styles.

Commas(,) can also be used to combine multiple media queries into a single rule.

Javascript project ideas with source code  by Code With Random

We write 1201px to 1800px because there in no limit or breakpoint for larger TV screen so we chose a balancing media query break point.

Hope you like this post and enjoy it. If we did any mistake please comment it down so this help full for also our users. Thank you for reading.