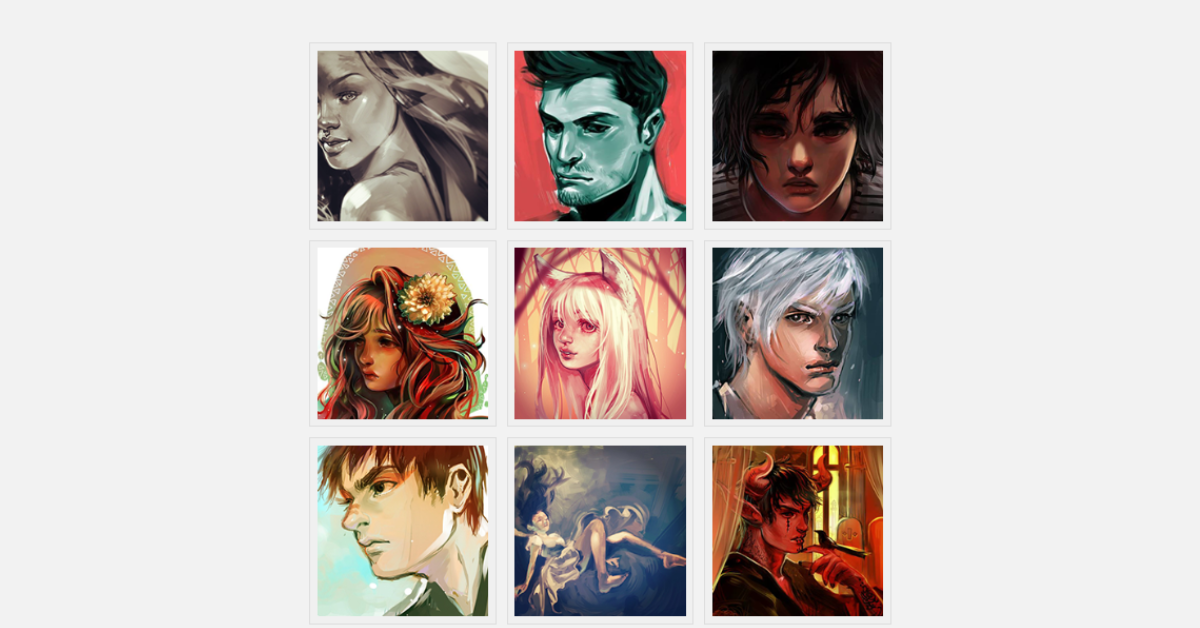 Hello there! In this article, you will find 15+ Image Grids Demo With CSS designs with complete source code so you just copy and paste it into your project.

If you need to add a bunch of images on your website and organize them neatly. you need an image grid, my friend.

Don’t worry we’ve got you covered. We have Handpicked the best 15+ CSS Image Grid designs from the web for you to use in your project Using HTML And CSS only.

Let’s kick things off with the thumbnail hover effect by Aysha Anggraini developed using HTML, and CSS only. On hover, the pictures pop up with smooth and fast transitions.

This is a fully responsive image gallery created by Justin Tan using only the native bootstrap framework plus a lightbox upon click.

An infinite scroll grid by Dave DeSandro made by using HTML, CSS, and Vanilla JavaScript. Images are placed in random shapes on the grid, giving it a unique look.

A 3D-looking Image gallery by Alina N. developed using HTML, CSS, and JavaScript. On hover, the images pop up.

A very unique and cool grid design by John-Philip Johansson. On hovering over an image the grid changes to show more information about that particular image. perfect for showing products.

Just a simple and responsive grid layout by Lara Schenck made using HTML and CSS(SCSS). the grid size changes as the screen size changes.

8. responsive CSS grid with no media-queries

This responsive image grid is made by Nirjan Khadka, with just 10 lines of SCSS, without any breakpoints and it works in all modern browsers. Good job CSS grid!

Grid layout by Jonathan Harrell was developed using HTML and CSS only. On hover, the image blurs to show a caption or other information.

Rhombus image grid by PixelPencil made using HTML, CSS, and JavaScript. As the title suggests the grid is in rhombus shape. Additionally, images pop up on hover.

Simple image grid using percentages by Richard. on hover, the images brighten up and show more information about it.

This grid image by Dudley story uses CSS Grid Spec and mix-blend-mode to create a mosaic effect from a single image.

A dense grid of random images by Mike made using HTML(Pug) and CSS(SCSS) with auto-fill and background-size: cover.

Let’s end our list with another layout of a grid image. This one is made by Ashley using HTML and CSS(SCSS)

That’s it, folks. In this article, we shared 15+ Image Grids Demo With CSS with cool and different designs. We have covered everything from simple layouts to 3D-looking image grids. even an image grid that is compatible with internet explorer.

I hope you liked this article. Share this with your fellow developers. Comment down below your thoughts and suggestions, we would love to hear from you.

See our other articles on codewithrandom and gain knowledge in Front-End Development.

Thank You And Keep Learning!!!

How to center a div in CSS? | Center div easily in CSS?